Back to Attractions and Tours 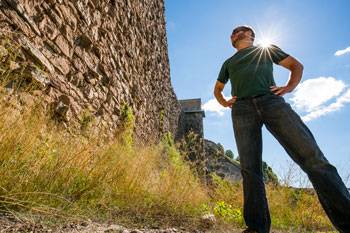 The Schoellkopf Power Station was constructed in three sections between 1905 and 1924, and at the time of its completion was the largest hydroelectric power station in the world. The complex included offices, gatehouses, and other buildings at the top of the Niagara Gorge, and turbine-generator stations located at the base. Water was diverted from the Niagara River above the falls, by a 4,600' canal that ran through the city to the edge of the gorge.

On the morning of June 7, 1956, workers noticed water seeping into the plant from the back wall. By mid-afternoon, the cracks in the rear wall were widening while 40 men worked with sandbags to stop the flow of water.

At 5:00 PM, the Schoellkopf Power Station sustained a catastrophic collapse which destroyed two thirds (2/3) of the plant. Six generators capable of producing 322,500 horsepower had been demolished. Damage was estimated at $100 million dollars. The most devastating was the sudden loss of 400,000 kilowatts of power from the power grid. Suddenly, a loud rumble was heard from behind the wall, and the wall began to collapse. One of the workers, Richard Draper of Lewiston, was killed. The rest escaped unscathed. The entire southern portion of the plant collapsed into the river below. As the generators blew apart, some debris was propelled to the Canadian side of the gorge.

In 2013, the Maid of the Mist began construction on the site as a location to store their boats during the harsh winter months. As part of that project, the original elevator shaft was restored and elevator access to the Gorge and the Schoellkopf site was granted. Visitors can also access a connected hiking trail as well.

There is no cost to ride the elevator and it is open seasonally.

Schedules subject to change. Visit this page before your trip for the most up-to-date schedules.